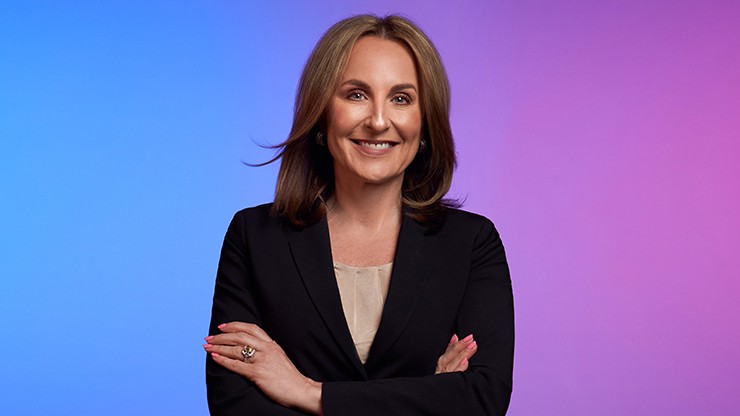 J.B. Hunt Transport Services Inc., one of the largest supply chain solutions providers in North America, announced today the appointment of Shelley Simpson as president of the company.

The Board of Directors elected Shelley Simpson, 50, as company president effective August 1, 2022. Over Simpson’s 28-year career at J.B. Hunt, she has served 15 years in executive leadership roles, most recently as chief commercial officer and executive vice president of people and human resources, in addition to leading International Services and Corporate Marketing.

John N. Roberts, III, will remain chief executive officer and a member of the J.B. Hunt Board of Directors, a new management structure for the company.

“Over her tenure at J.B. Hunt, Shelley has worn multiple hats across our business, bringing a data-driven, experienced-based approach to every area she has led,” said Roberts. “If you look at the most disruptive areas of our company, from new technologies to global commercialization to investments in our people, Shelley’s innovative leadership has always guided us toward positive results.”

Simpson will take charge of oversight of all management duties and performance for all company business units, emerging technology, developing services and People and Human Resources.

In 2007, Simpson was named president of Integrated Capacity Solutions (ICS), a business unit she helped to create. She assumed sales and marketing executive responsibilities in 2011 as chief marketing officer. She took on additional leadership in 2014 as president of J.B. Hunt’s Truckload business segment. Simpson was named chief commercial officer and president of Highway Services in 2017 and led the strategic direction and launch of J.B. Hunt 360°®. In 2020, Simpson added responsibilities for people and human resources.

Simpson’s career at J.B. Hunt reflects the company’s progression as an innovative leader in the transportation and logistics industry, a tradition that started with company founders Johnnie Bryan and Johnelle Hunt in 1961. Since 2017, the company has nearly doubled in revenue and reported revenue of $14 billion in the trailing 12 months.

“I am grateful for John’s continued leadership and growth mindset,” said Simpson. “As our year-long 60th anniversary comes to a close, I can’t help but reflect on our company’s storied history of innovation. From leading the way as the industry’s first asset-based intermodal service provider to leveraging the benefits of technology for shippers and carriers through J.B. Hunt 360, our people have and will continue to fuel our growth through a cycle of innovation that is intrinsic to our organization.”

“We have an exceptional executive leadership team in place with an average tenure of more than 25 years at the company. As I take on this new role, I remain committed to empowering our people to continue to disrupt, adapt and accelerate and fiercely focused on driving value for our customers, with financial discipline and dedication to our mission to create the most efficient transportation network in North America,” said Simpson.

J.B. Hunt operates one of the largest company-owned fleets in North America with approximately 111,000 intermodal containers, 20,000 tractors and 40,000 trailers. The company’s technology platform J.B. Hunt 360 is an industry leader in digital freight matching and provides shippers with access to nearly one million trucks through qualified third-party carriers across the country.

Ranked at 311 on the Fortune 500 list, J.B. Hunt has received numerous recognitions that include being named one of the World’s Most Admired Companies by Fortune, a Top 75 Green Supply Chain Partner by Inbound Logistics and a Military Friendly Employer by VIQTORY. J.B. Hunt was recently named a 2022 Best Employer for Diversity by Forbes for the second consecutive year. The company consistently ranks among the top of the FreightWaves FreightTech25, Transport Topics Top 100 Largest For-Hire Carriers and Transport Topics Top 50 Logistics Companies, among others.