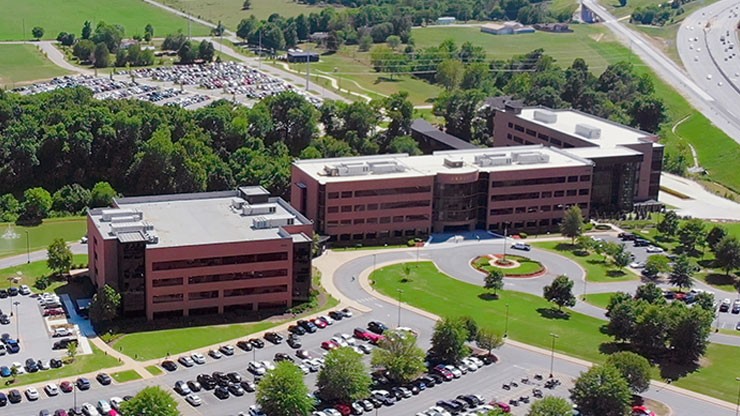 
“First of all, I want to thank John Kuhlow for his patient and competent service as our interim CFO during the past several months. As the pandemic presented itself, we were faced with challenges in performing an appropriate external search to facilitate an effective and thorough process. John’s reliability has allowed us the time to arrive at a complete and fully vetted decision for this important position. We are very pleased to announce John’s appointment as our next CFO and have great confidence in our path forward.

“During the past eight months, we have not only been dealing with our response to the challenges presented by COVID-19, we have also been moving forward with important leadership decisions. These changes best address the opportunities we see in many areas of the company and we believe set us up to head into 2021 and the future with the right people focused on the right things,” said John N. Roberts, president and CEO.

John Kuhlow has been appointed executive vice president and chief financial officer. He has served as interim CFO since March 1, 2020 upon the retirement of David Mee. Prior to that, he was senior vice president of finance, controller and chief accounting officer and joined the company in 2006 as assistant controller.

Nick Hobbs, continuing as executive vice president and president of DCS and FMS (newly titled president of contract services), has been appointed chief operating officer. In this expanded role, Nick will add responsibility for maintenance and equipment purchasing teams. He will also have increased oversight for asset operations across all divisions of the company. The J.B. Hunt 360°® platform is expected to be a key component of operational excellence under Nick’s leadership.

As supply chain integration requirements for shippers evolve, an even more comprehensive logistics approach under Shelley’s leadership is important to the company’s strategic future. J.B. Hunt 360 is expected to continue to play a key role in improving the value the company presents to its customers and carriers across all services. All segments will continue to work closely with Shelley’s enterprise sales and marketing teams on customer development and economic strategies, particularly in Integrated Capacity Solutions, Truckload and Intermodal, as she maintains her accountability for the P&L performance in the growth and margin of these segments.

Craig Harper has been named to the company’s newly created executive vice president role of chief sustainability officer to lead the company’s important focus on sustainability initiatives, including improvements in environmental actions. This will include overseeing new developments in equipment technologies such as electric vehicles and autonomous driving, among other emerging concepts. He will continue to lead driver hiring, orientation and safety programs, as well as fuel purchasing for the company.

These newly appointed positions will be effective December 1 and will report directly to John Roberts, chief executive officer of the company.